Adapt the game to your reality.

The basic rules have been imagined and developed for children from 8 to 12 years of age (better known as the golden age of motor skills).

After testing the game in different countries, with different age groups and skills, we understood we had to find solutions to create a game for all. Today we are very proud to be able to present FooBaSKILL to anybody, anywhere and anytime. 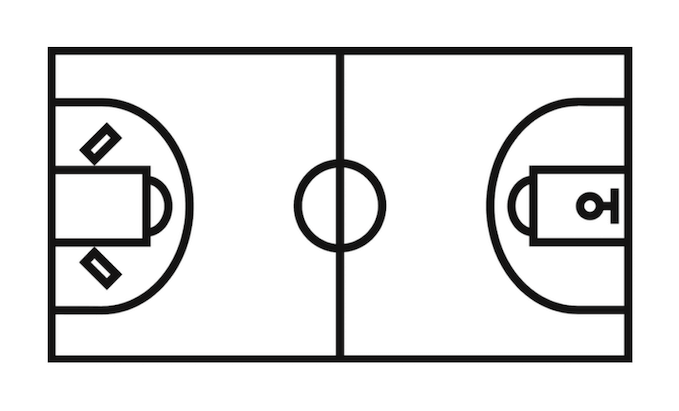 The specificity of FooBaSKILL lies in the interchange of lower body (futsal) and upper body (basketball) work. Players change discipline at the midline of the pitch.

Half of the pitch is equipped with two soccer goals, consisting of two upper parts of a gymnastic box with a FooBaSKILL goal on top or several cones. In the other half is a basketball basket. The back and side walls are an integral part of the playing field, so players can use them as a teammate to bounce the ball. Two teams of four players face each other.

During the first half, a team defends the soccer goals and attacks the basketball hoop. Then in the second half, the teams reverse the roles. The basic rules are identical to those of futsal and basketball. 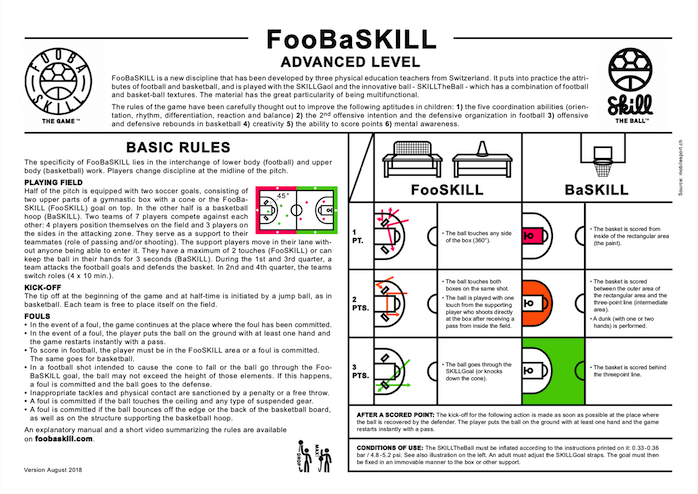 If you don’t have any vaulting boxes, this option is for you. You can play with two SKILLGoals and a cone on the ground. Three cones could replace the goals.

In the rules below, we have suggested a way to place the goals. Some teachers or coaches prefer to place them a little wider, to allow players in the lanes to have a better access to score a goal.

Depending on your technical-tactical needs, in attack or defense, you can adapt the field and/or the game. 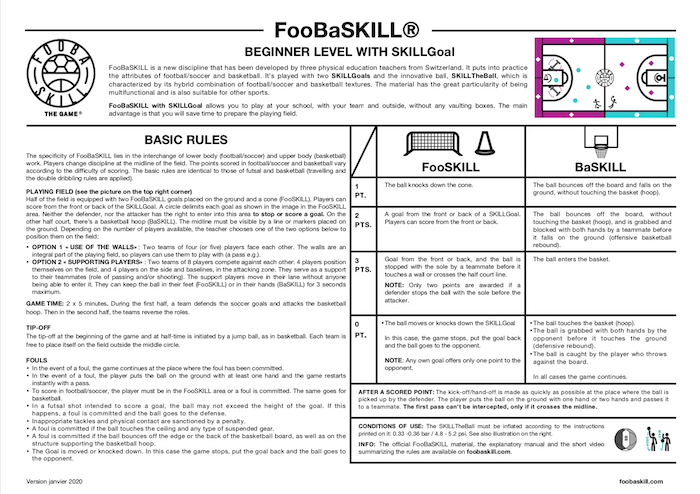 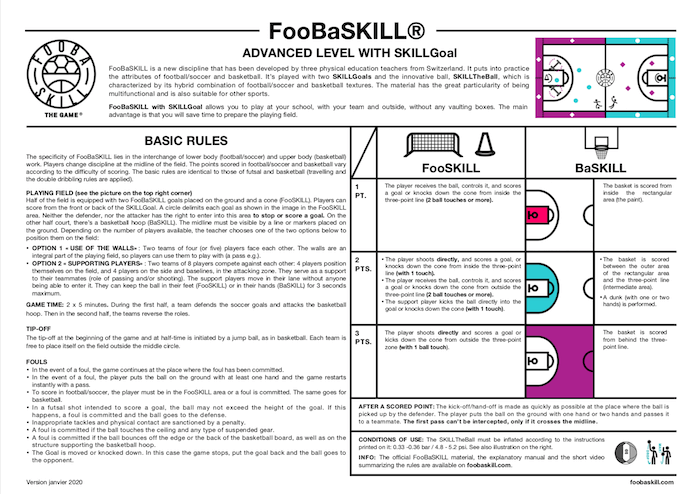