SKILLTheBall is the official ball of the FooBaSKILL. This crossover ball is distinguished by its hybrid composition and its multiple use. Unique in its kind and patented worldwide, this ball consists of a combination of 8 basketball panels (rough texture) and 12 soccer panels (smooth texture).

The materials, weight and size were rigorously chosen to allow optimal use in both sports and maximize the quality of the rebound and shooting. Its turquoise colour symbolizes the sky in reference to the basketball discipline, which is more aerial and focuses on the upper body. The purple colour recalls the earth and soccers’s work on the lower body.

Thanks to the high quality of the materials, SKILLTheBall can be used both indoors and outdoors..

After recognizing deficits in the area of coordination with their students, three P.E. teachers of Lausanne have decided in 2015 to create an innovative and new concept of youth sport camps. The main goal of the National Sports Camp is to develop the children’s coordination during its golden age (5 to 13 years old).

During the first edition in 2015, the idea of creating a game that would characterize the camp and its main concern developing the youth everyday skills arrises. That’s when FooBaSKILL has seen the day!

This revolutionary game mixes soccer and basketball. It adopts specific and well-thought through ruling that helps the children develop and enjoy FooBaSKILL. The ways of scoring points has been adapted to give the opportunity to all participants helping the team win, work on the lower body and upper body, but also to unconsciously working on their rebounding skills in basketball and scoring in soccer.

The specificity of FooBaSKILL lies in the interchange of lower body (football) and upper body (basketball) work. Players change discipline at the midline of the pitch.

Half of the pitch is equipped with two soccer goals, consisting of two upper parts of a gymnastic box with a cone or the FooBaSKILL goal on top. In the other half is a basketball basket. The back and side walls are an integral part of the playing field, so players can use them to bounce the ball.

Two teams of four players face each other.

During the first half, a team defends the soccer goals and attacks the basketball hoop. Then in the second half, the teams reverse the roles. The basic rules are identical to those of soccer and basketball. 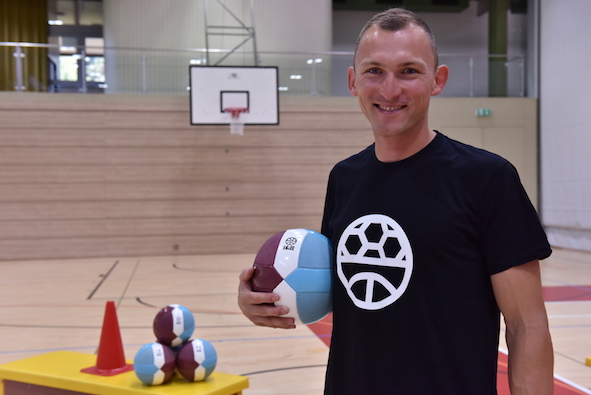 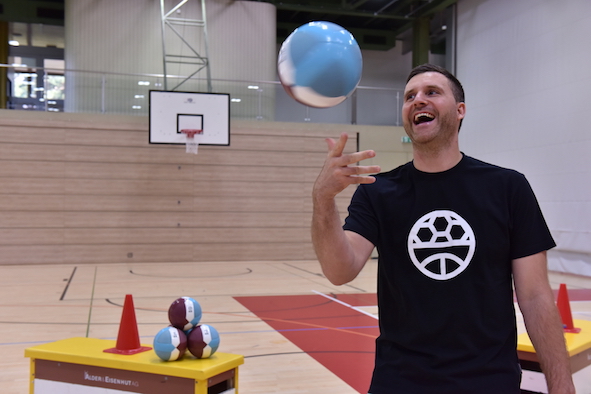 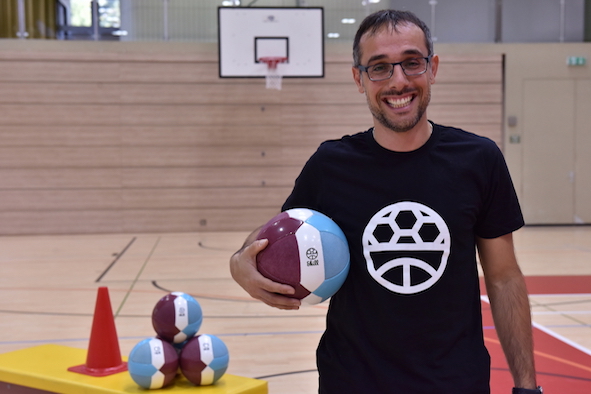 SKILLTheBall and its concept have an international Patent Pending : number PCT/IB2017/051037.

The Logo and its name have been trademarked.

Before reproducing or copying our idea of mixing different sports in one ball be sure of not interfering with international patent laws.

We post little movies about our products, with comments on the ball being tested by amateurs, players and pros.

We post as well pictures that help you understand, see and feel better our product.